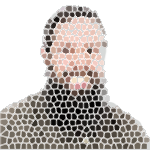 Busterific: I think I should have turned left at Albuquerque. I'm wondering if I'm one of the only ones who didn't realize how things had been rebalanced with Bloodless, and ended up making a bee line to some of the harder areas. Dec 14, 2020 19:01:59 GMT -6

RichterB: At last, I am officially playing the latest Switch build of Bloodstained...my first time playing the game since the backer beta demo. (Gave up on waiting for Switch Pro). Eventually, I'll write up my thoughts, but I need to spend a lot more time with it. Dec 30, 2020 9:59:23 GMT -6 *

RichterB: Beat the Towers of the Twin Dragons and have entered the Underground Sorcery Lab. I have a lot of impressions, but I'm thinking I should wait a little longer to see how the game's flow comes together. Jan 10, 2021 13:03:24 GMT -6

Yän: Classic mode is cool! Really hard though! I do appreciate that they made custom movement, enemy and boss design for this along with building new stages. They basically made a whole new game which is really cool! Jan 14, 2021 19:28:42 GMT -6

Redogan: Yeah, I thought it was weird that there was no e-mail or announcement notification of any kind regarding Classic Mode. There's also a Kingdom Two Crowns add-on. Buy the crown in the shop and ride the train away from the castle while wearing it. Jan 17, 2021 10:55:44 GMT -6

gunlord500: Make sure to follow SwordOrWhip on Twitter, and join the discord for announcements if you're wondering about stuff, that seems to be the easiest way to get access to the latest news about Bloodstained

Yän: Good luck, Enkeria! Take it step by step and start small and you can do it!