Does anyone know how the Multiplayer will work?

purifyweirdshard: 1.04 will be the one where they leave the Switch alone performance/graphics wise until further notice. I think Mike read "memory" as money"; I couldn't tell you how much space they eat up. Dec 27, 2019 9:20:32 GMT -6 *

RichterB: Thanks XombieMike & purifyweirdshard. Yeah, I was never concerned about money for the patches; just if it'd choke the Switch's memory--but I'm not too educated on that, only that the Switch doesn't have tons to spare, I've heard. Dec 27, 2019 14:35:23 GMT -6

RichterB: I just want to play the game on Switch as close to what was intended (horsepower issues aside), and the updates didn't give me clarity on whether 1.04 would be the last major tweak for a while in terms of performance/visuals, which you clarified here. 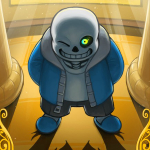 NightmareGamma: Hey there, just a quick question (since the topic seems to lead to nothing): Is the Always online DRM problem with the PS4 version fixed with update 1.04? Where you can't access your save when being offline after beating the DLC Boss? Dec 29, 2019 17:35:27 GMT -6

purifyweirdshard: "Too many swordsmen, are there?"